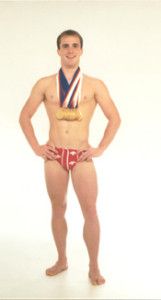 Michael Edgson is one of Canada’s most successful athletes whose performances in Paralympic pools continue to rank him amongst the very best.

Michael started swimming competitively at the age of eleven while living in Nanaimo, British Columbia. After trying a number of different sports, Edgson discovered the world of swimming where his visual impairment had no boundaries.

Michael’s career spanned a dozen years where he competed internationally both as an able bodied swimmer as well as a swimmer with a disability. After completing high school, Michael attended the University of Victoria joining the Vikes Swim Team where he earned his undergraduate degree.