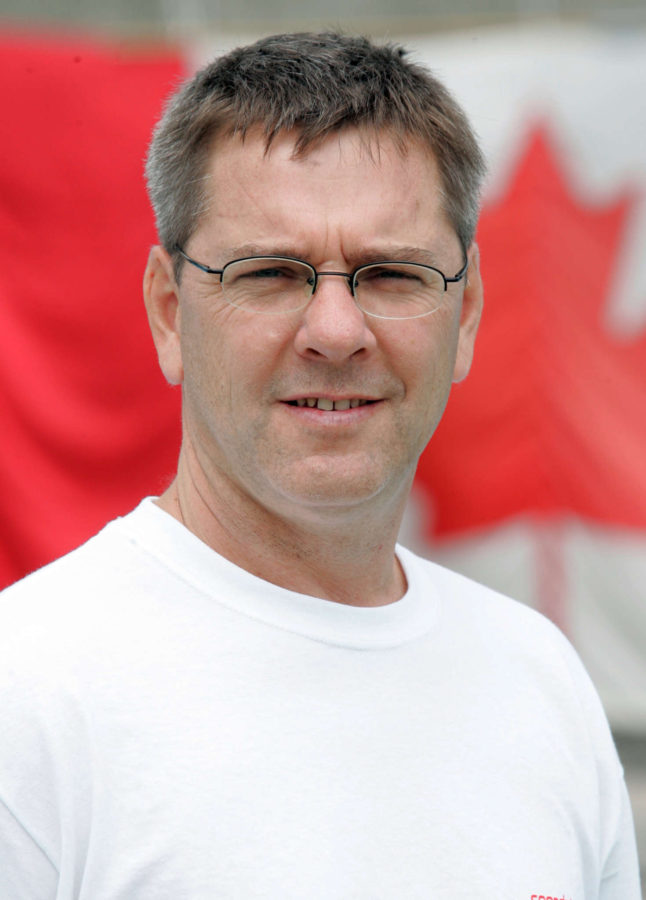 In a career cut short by cancer Randy Bennett coached Olympic, world championship and Commonwealth Games medallists. He also gained the respect of the swimmers he coached and the people he worked with.

As head coach of Swimming Canada’s High Performance Centre – Victoria plus the coach/director of the Island Swimming club, Bennett shaped the careers of Olympic medallists Ryan Cochrane and Hilary Caldwell, and other swimmers such as Julia Wilkinson, Stephanie Horner and Alec Page.

Bennett was Canada’s national team head coach at the London 2012 Olympic Games, where Cochrane won the silver medal in the 1,500-metre freestyle. He was also head coach at the 2010 and 2014 Commonwealth Games and three FINA World Championships. He was Swimming Canada coach of the year five consecutive years from 2008 to 2012.

He pushed his athletes in the pool to achieve the best results, but he also was honest in his expectations and appraisals.

“He expected nothing except the absolute best from each and every person he touched,” Cochrane said. “Coaching was his passion and his life. I know he had a profound impact on my life both in and out of the sport. I would not be the athlete or person I am today without him.”

Caldwell has a tattoo that reads “Make it So,” a phrase Bennett often used, evoking Captain Jean-Luc Picard of Star Trek: The Next Generation.

Once asked about his coaching philosophy Bennett talked about honesty and the importance of being a good communicator.

“Athletes want clear, concise communications,” he said. “That makes an athlete feel better than gaining an inflated or deflated sense of themselves. They know I will tell them the truth.”

Bennett was born on Nov. 11, 1953, in Red Lake, Ont. His family later moved to Fort Nelson, B.C., where Bennett worked as a lifeguard.

His first assistant coaching job was as an 18-year-old in Fort McMurray, Alta. He would go on to coach at the Olympian Swim Club in Edmonton, and spend nine seasons with the University of British Columbia Dolphins with Tom Johnson before taking over at Victoria’s Island Swimming in 2002.

“Coaching is truly a wonderful life,” Bennett said once in an interview. “Enjoy it. Very few people get to have a job as fun as ours. We’re pretty lucky and I think sometimes we lose sight of that.”