Athletes he coached and people he worked with remember Cliff Barry as a passionate, larger-than-life personality who cared about people, loved good food, liked listening to jazz, and was an innovator when it came to developing swimmers.

“There’s joy, there’s happiness when I reflect back on him because he was so passionate,” said former swimmer Mike West, who won two medals at the  Los Angeles 1984 Olympic Games.

“He lived life full on. He was the most authentic person I knew. You knew what he was feeling. “

Barry, a three-time Swimming Canada Coach of the Year who was instrumental in the development of Olympic gold medallist Victor Davis, died recently in Montreal at the age of 75 from a rare and aggressive cancer.

With his chiseled body, shaven head and gravelly voice, Barry was an intimidating figure, but those who knew him best saw the other side of his personality.

“He was like an artist in everything he did,” said Dean Boles, Swim Ontario’s chief executive officer and chief technical officer, who swam for Barry and also coached with him.

“He was a very cultural guy. He opened a lot of our eyes to culture, to living life, to experimenting with great food. There was never a dull moment.”

“He could get very emotional and wasn’t afraid to acknowledge his feelings,” said West, who won bronze in the 100-metre backstroke and was part of the silver medal 4×100-m medley relay in L.A.

“That was a life lesson for me (about) feeling comfortable feeling sad or crying or being emotional.”

West and Boles remember while attending swim meets, Barry would often search for restaurants serving different kinds of food, sometimes in the questionable parts of cities.

“He was a foodie before that was a thing,” said West, who is now a doctor living in Dundas, Ont. “He just knew good quality food.”

Dave Stubbs, a former Swimming Canada director of communications, said Barry left an impression on everyone he met.

“It was his strength of personality, the strength of character he had,” said Stubbs. “Knowing his athletes and knowing how to work with them. He was really a tour de force on the deck.

“I don’t think there was another coach who could have produced the champion that Victor was,” he said.

“Cliff knew how to work with Victor better than anyone. He really had a sense of who Victor was. He knew all the rough edges that Vic had, but he never worked to file those edges off. He worked to have those edges work for Vic. That is really why he made him a champion athlete.” 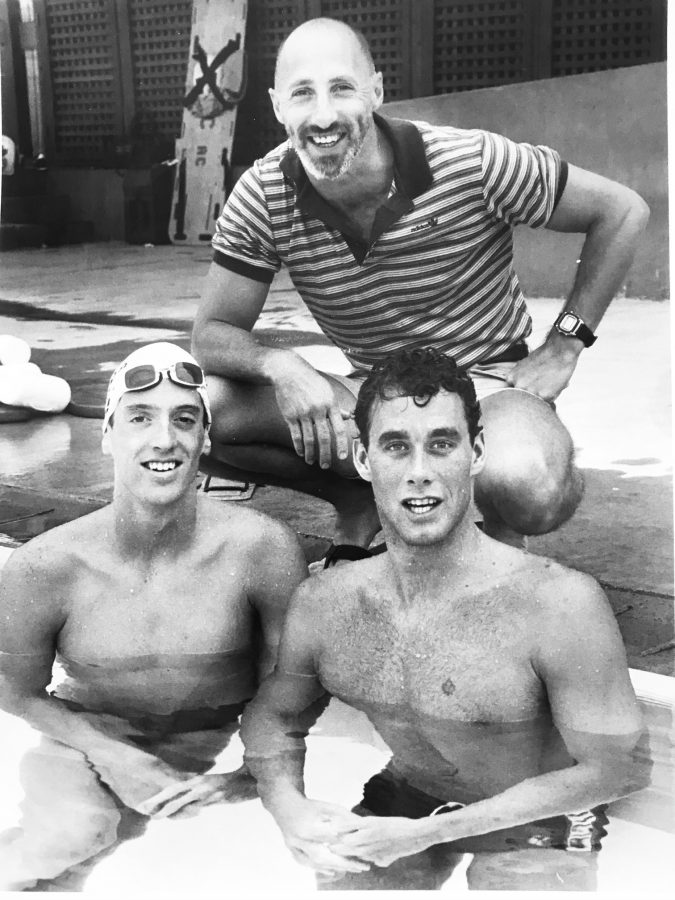 Barry was born in 1946 and grew up in Montreal’s East End where he swam competitively as a youth before turning to water polo. For several years Barry was considered one of the world’s best water polo players and represented Canada at the 1972 and 1976 Olympics.

Barry began coaching at the East End Boys and Girls Club in Montreal. After the 1976 Olympics he began his professional swim coaching career in Guelph, Ont., where he first met Davis.

From 1981 through to 1991 Barry was either the head coach or assistant coach with Canadian swim teams at Olympic, Pan Am, Commonwealth Games or world championships. His swimmers won gold medals at every major Games.

“He liked the idea of coaching,” said Boles. “He had a flair for it.

“He thought about the whole body. There was the swimming aspect, the training aspect, but there also was the strength and conditioning piece.”

West said Barry was ahead of his time in many of his training techniques.

He would have his swimmers train with rubber resistance bands in the pool and play soccer outdoors before practices.

“That was important for balance because he knew it can’t all be just swimming,” said West. “There had to be some other strategy, something that’s going to lift your performance and your fitness.”

Barry would sometimes write workouts on restaurant napkins over dinner.

“He’d be giggling knowing how brutally hard it would be,” said West. “He would be laughing, tears in his eyes.”

Barry also was the founder and chairman of the Victor Davis Memorial Fund, which assists young Canadian swimmers to continue their training, education, and pursuit of excellence at the international level of competition.

West said Barry’s influence on him extended well after he retired from swimming. “He became a good friend . . . and exposing my kids to him was one of the greatest gifts I think I could have given my kids,” he said. “His passion, his storytelling, his joy.

“I got my kids to see something I think I will always treasure. To be an authentic, honest person. Don’t shy away from controversy. Be comfortable being uncomfortable.”

Before his death, Barry wrote what he called his manifesto on coaching. It talks about his experiences and explains his philosophies.

“In order to reach one’s potential in life, you must be passionate about what you are doing,” Barry said. “Your dream must be all yours. There will be times during the journey towards fulfilling that dream that you will be severely tested. However, in my experience, those who remained true to their passion eventually succeeded.

“I further believe that reaching one’s potential is not a once in a lifetime event but rather a day-in, day-out pursuit throughout one’s life.” 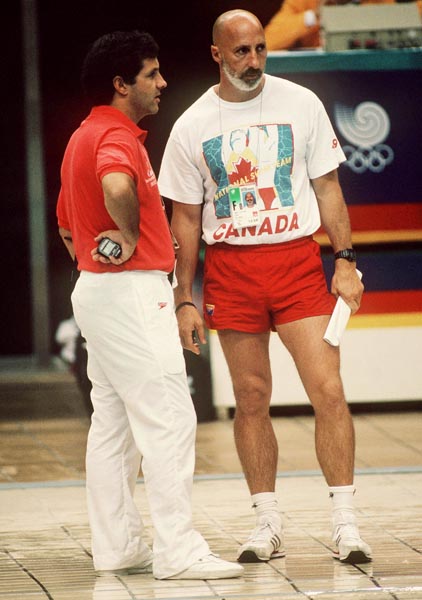