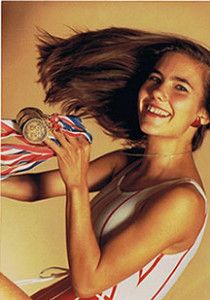 Things were different in 1980 when Josée Lake attended her first Paralympic Summer Games as a 16-year-old.

The event was held in Arnhem, Holland, not at the Olympic venue in Moscow. The competition drew 1,973 athletes competing in 12 sports.

Lake won three gold medals and set as many world records at those Games. At the 1984 Paralympics in Long Island, New York, she won four more gold, setting world records with each victory. Her achievements are being recognized by Lake’s induction into Swimming Canada’s Circle of Excellence.

“It’s a great, great honour,’’ she says. “I retired almost 25 years ago. I’m surprised anyone remembers me.’’

This summer’s Paralympics in London will draw over 4,000 athletes competing in 21 sports.

Lake was born with no right hand or foot. Her left foot has only three toes and no arch. She was raised in Montreal at a time when people with disabilities didn’t have the same access to services or venues.

She began swimming lessons as a five-year-old, having to travel to a pool a long distance from her home.

“My parents had to look for a good two years before someone accepted to teach me how to swim,’’ Lake says. “Nobody wanted to accept me in any classes because I was disabled.

“Today that would never happen. I think society is more aware.’’

“It would have been great if I had been swimming now. It just happened this way. I am very happy for the athletes now.’’

Lake retired from swimming in 1986. The mother of three children lives in Montreal and is employed as a social worker dealing with suicide prevention.